I will attempt here to disentangle the way I saw Ethereum back when I first stumbled upon it, and how that train of thought drove me to commit.

But first, I’ll explain what led me down that particular rabbit hole…

Like most of my generation, I grew up thinking the world is fucked and that the problem is “The System”. A lot of the people placed the blame on the corruption in governance, yet more blamed "capitalism" - whatever that means.

I mean, it seemed all great after the (self)defeat of Communism, but it just didn’t seem to work as well for us and the planet, as it did for the past generations.

The competitiveness of the markets gradually killed Good Hearted and Well Intentioned, rewarding the ones maximizing profit; the corporations rose in profits, while the worker wages grew stagnant and benefits deteriorated.

“We’re in a time when the inability of the markets to sensibly price the externalities is literally destroying the world.” - Vinay Gupta

At the time, uneducated and barely out of puberty — I thought the answer was to burn it all down and start from scratch. 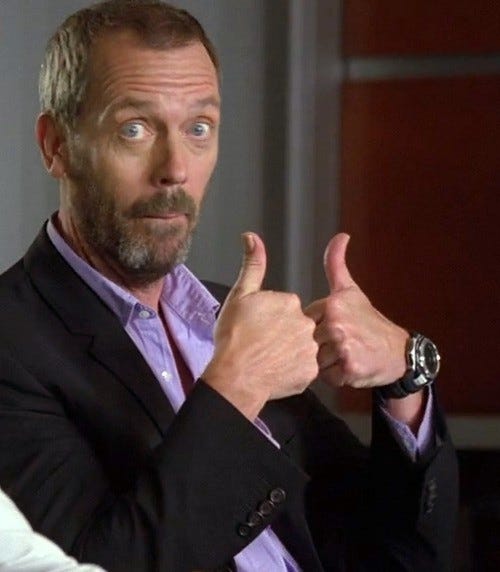 It became my obsession to figure out why exactly the world is the way it is.

My journey went from unfounded conspiracy theories to established truths, from Marx's critique of capitalism to James C. Scott’ examination of failed systems; from Hayek's critique of socialist thinking back to critiques of Austrian economics thinking. The point is, I was spending ridiculous amounts of time examining both propositions & critiques of mainstream as well as alternative economic thinking:

And although I was now leaning to the “free markets” side of the argument, I was still certain that the conclusion “just pursue self-interest” and “markets should rein free” — is just not the way to go about organizing societies. 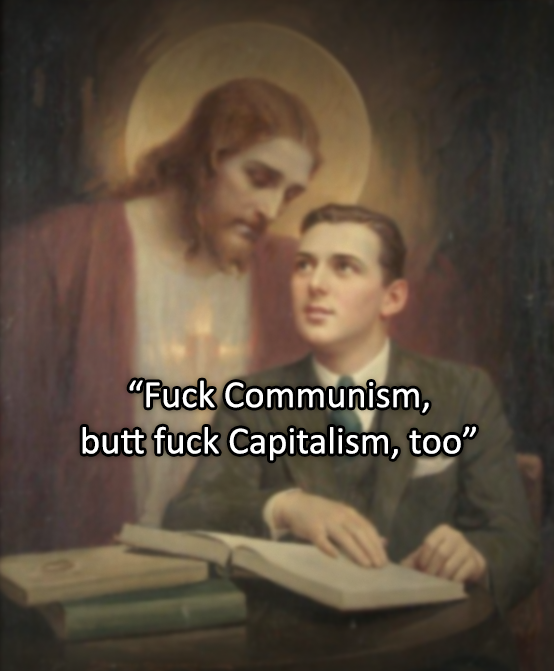 One thing that really stuck out for me was this concept of a “Resource-Based Economy”;

Later popularized by the Zeitgeist documentaries, Venus Project aimed at presenting to the world a viable alternative to the current “money-based” economic systems.

In theory, it all sounded very nice — except the “how to actually get there” part was non-existent. Not to mention the illustrations of his Utopia made me anxious; would anyone even want to live in a city that looks like this? 😬 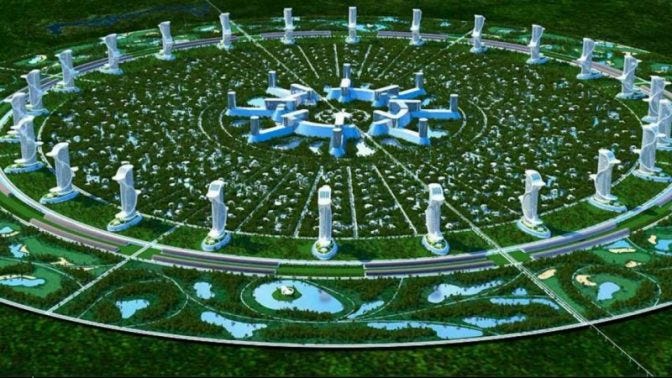 So I turned my attention back to reality. There actually already exist places that operate on principles presented by Jacques - and they look nothing like what he imagined.

In modernity, they like to tag themselves “off the grid”, “self-sustainable” or “eco-villages” — but they’re nothing new, really. There are probably countless villages operating on similar principles — without using modern labels.

The point is, small communities have always been able to organize in “resource-based-economies”. There is no tragedy of the commons because it’s hard to be an asshole in the village — everyone knows you. It was always the scaling that brought tragedy and free-riders.

Then I found Ethereum and it blew my mind.

“Holy shit, this is the software infrastructure layer for building new kinds of socioeconomic systems & scaling those existing ones above the Dunbar’s number!”

My mind was immediately 100% occupied by it. The possibilities of this decentralized, programmable ledger seemed endless.

From identity to governance and work/reward distribution systems — anything seemed possible. Uber without the Uber, Airbnb without the Airbnb, companies without bosses, states without the bureaucratic elites..?

Decentralized autonomous organizations, they called them. Instead of companies outsourcing work to free-lancers — DAOs would simply be sourcing it and distributing the stakes of the organization, to the people building it.

All of society could run peer to peer — just like it used to.

Here's this in-depth piece by Jeff of Commons Stack, going through "Elinor Ostrom's 8 Principles for Managing A Commons" with the help of a blockchain.

Of course, the reality is still far from the ideal we imagined back years ago, but we're slowly getting there. 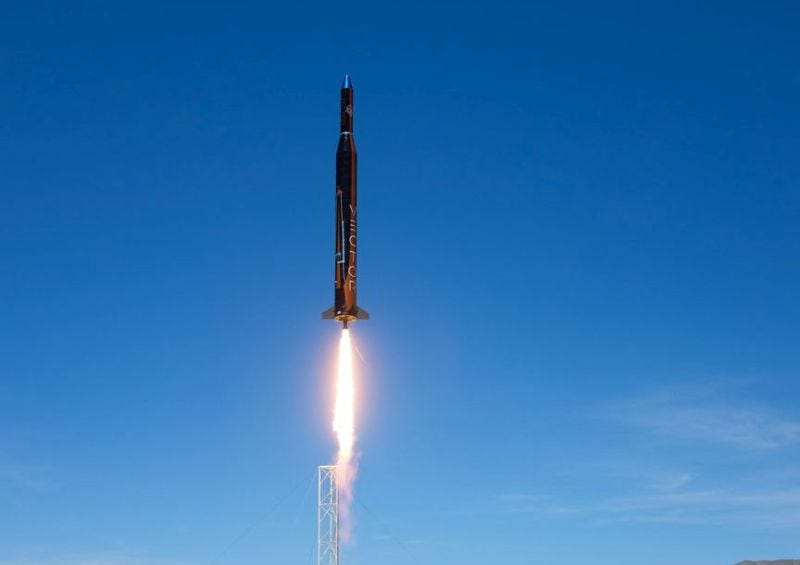 Tokenized organizations being crowdfunded; in theory results in a perfect alignment of incentives between investors and end-users — merging them into one.

Make the investors & users into a single type of shareholder, and you should at least be able to get rid of the profit-extraction tension coming from traditional investors. No more planned obsolescence and making things only as good as they need to be to sell. 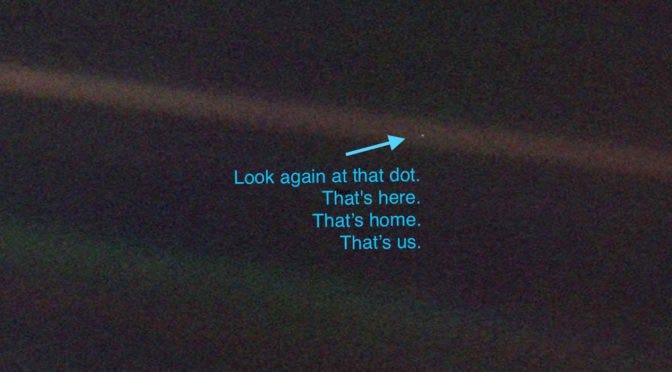 "Look again at that dot. That's here. That's home. That's us. On it; everyone you love, everyone you know, everyone you ever heard of, every human being who ever was, lived out their lives. The aggregate of our joy and suffering, thousands of confident religions, ideologies, and economic doctrines, every hunter and forager, every hero and coward, every creator and destroyer of civilization, every king and peasant, every young couple in love, every mother and father, hopeful child, inventor, and explorer, every teacher of morals, every corrupt politician, every "superstar," every "supreme leader," every saint and sinner in the history of our species lived there--on a mote of dust suspended in a sunbeam. - Carl Sagan"

It's time to stop treating the Earth as a pool for maximum resource extraction, edging us closer to the ecosystem's collapse, and start treating it as our only home. To take the meta-view, see Earth as a pale blue dot in a vast universe - and stop shitting where we eat.