What are MetaGame Experience Points (MGXP)?​

XP is the way we track Player progress in MetaGame. As you play the game, you earn XP, which progresses you up the leaderboard and also determines how many seeds you can earn.

MetaGame uses Sourcecred to calculate a player’s contributions to the game, and translates those actions in to XP. The following tools are inputs in to the XP system:

So I just spam a lot in Discord and I get XP?​

What if I did something, but it’s not in Discord?​

#did-a-thing - This channel in the MetaGame Discord server is designed for players to tell the community about things they have done for MetaGame. In this channel, there is a specific template you should use, and a reaction scale will appear beneath your post. Shill yourself here.

What if I want to bring attention to something another Player did?​

#give-props - This channel is for anyone to call out another Player for things they have done in MetaGame. Player’s reactions to these posts will be assigned to the people tagged in the post, not the creator of the post. Shill others here.

Where do quests fit in?​

So you completed a quest and it was approved. What now? Currently completed quests are posted in #give-props. See available quests here, or Quest Chains (like Quests, but with multiple steps) here. Once you complete it, our friendly bot will post your completion.

So all emoji reactions are treated the same?​

Nope! Reactions are weighted different based both on your role and the emoji.

Use of Emojis in Discord for Experience Points Multiplier​ 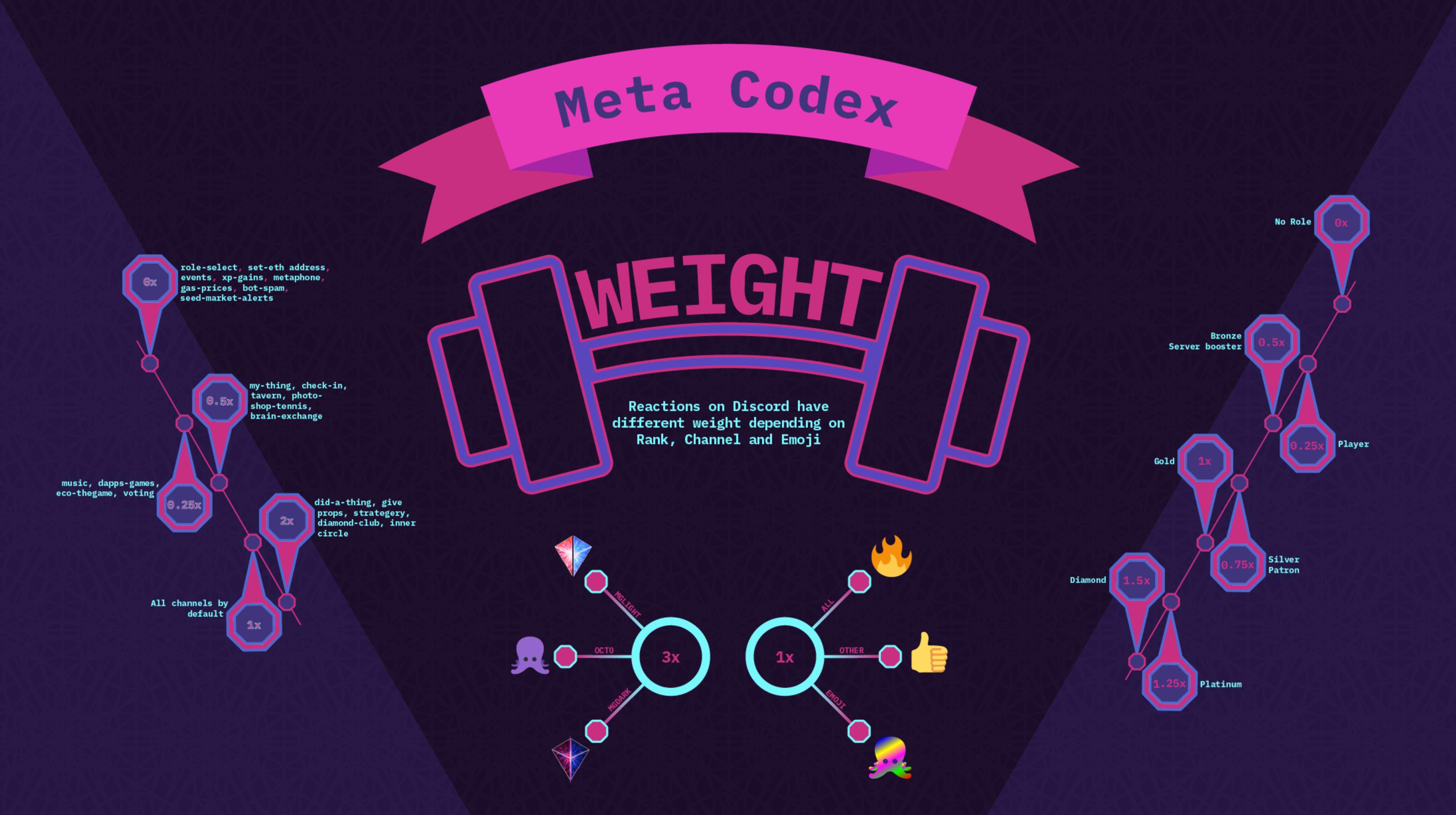 Where can I see how much XP I've earned?​

You have a few different ways to track your XP. The simplest way is to check out your MyMeta profile, your XP is listed there. If you want to dig a little deeper, you can look directly at the Sourcecred instance, or dig in with this handy explorer that @dysbulic built.