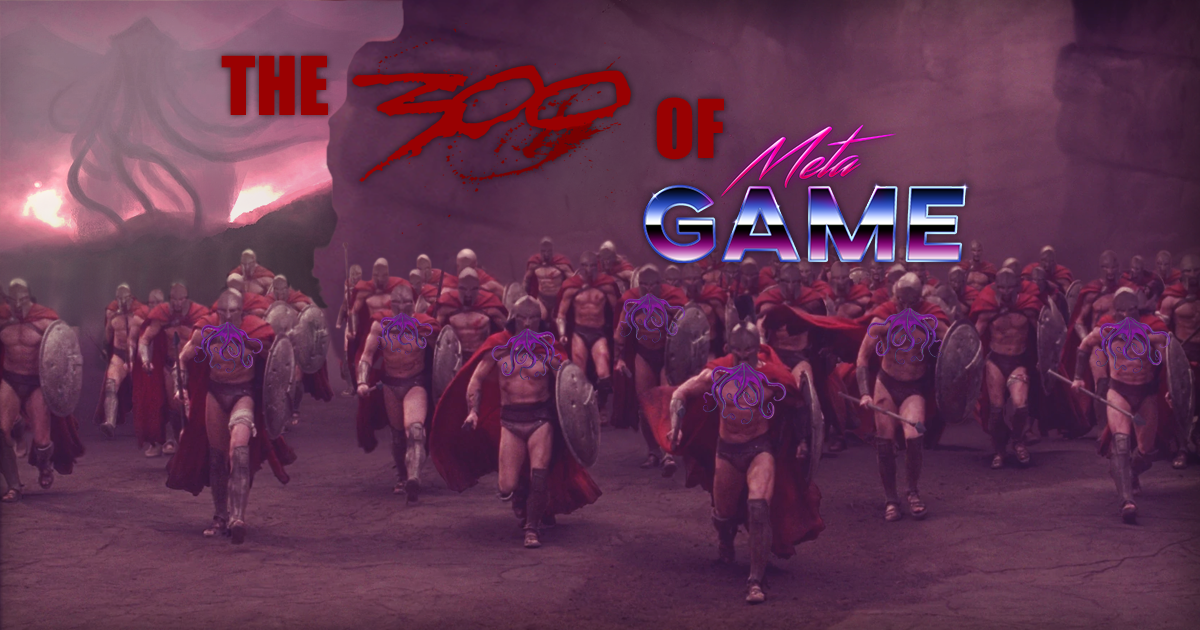 The 300 of MetaGame are a small army bringing MetaGame to life.

The 300 are made up of Players & Patrons; 150 of those building MetaGame and 150 of those providing liquidity.

There are plenty of reasons one might want to become one of the founders of MetaGame; from leveling up personally & the promise of building a better world, to the status of being one of its founders & the potential of a monetary payoff.

🤔 And who is building MetaGame?#

A bunch of nobodies from around the internet. Some anons & some simply unknowns. 🤷‍♂️

Though we're the ones building this specific metagame called MetaGame; we're far from the only ones playing the metagame.

Anyway, here's the current list of all players & patrons.